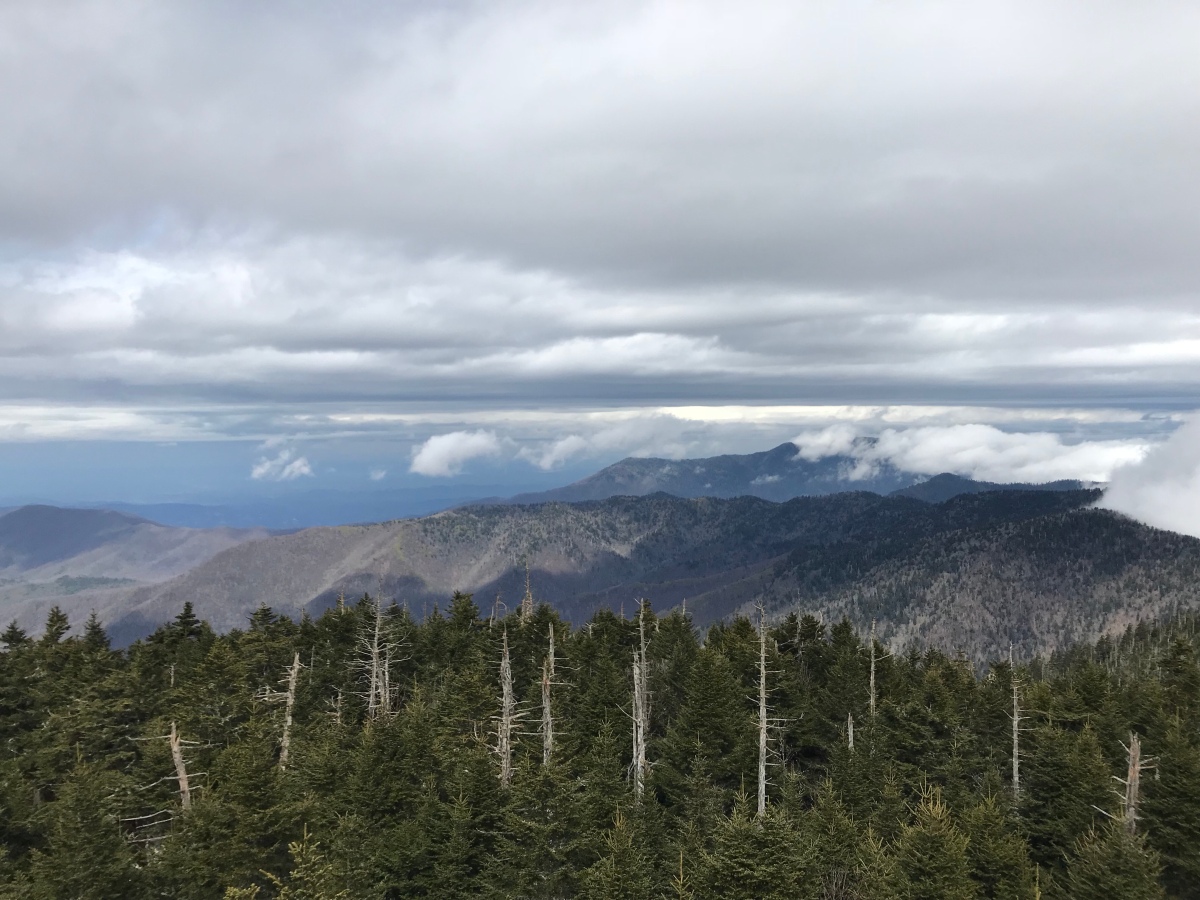 Monday we hiked 17.9 miles (28.8 km) from Derrick Knob shelter to Newfound Gap where the trail spits out at Highway 441.

We left Derrick Knob relatively early. Brett and Skittles had not stirred. All the other hikers collected their packs, made their breakfast and hit the trail about the same time we did. 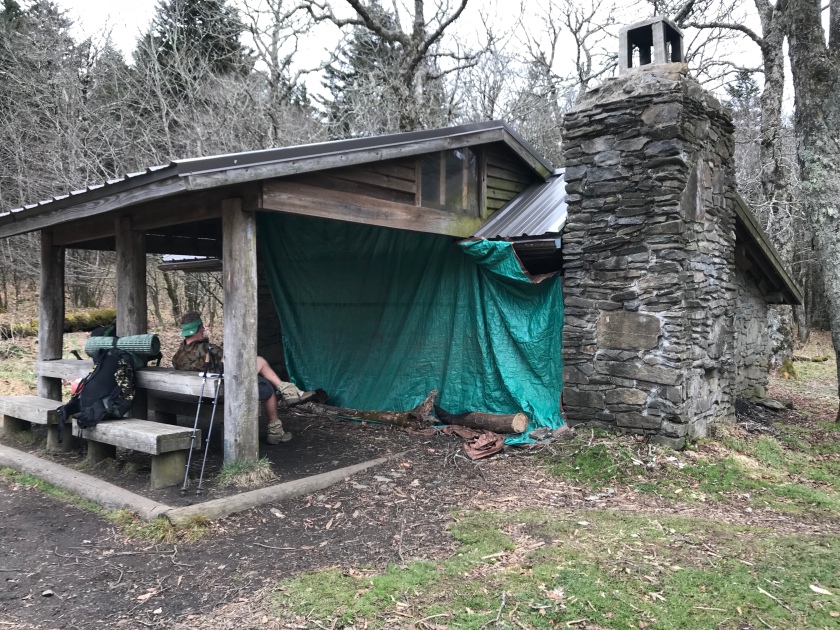 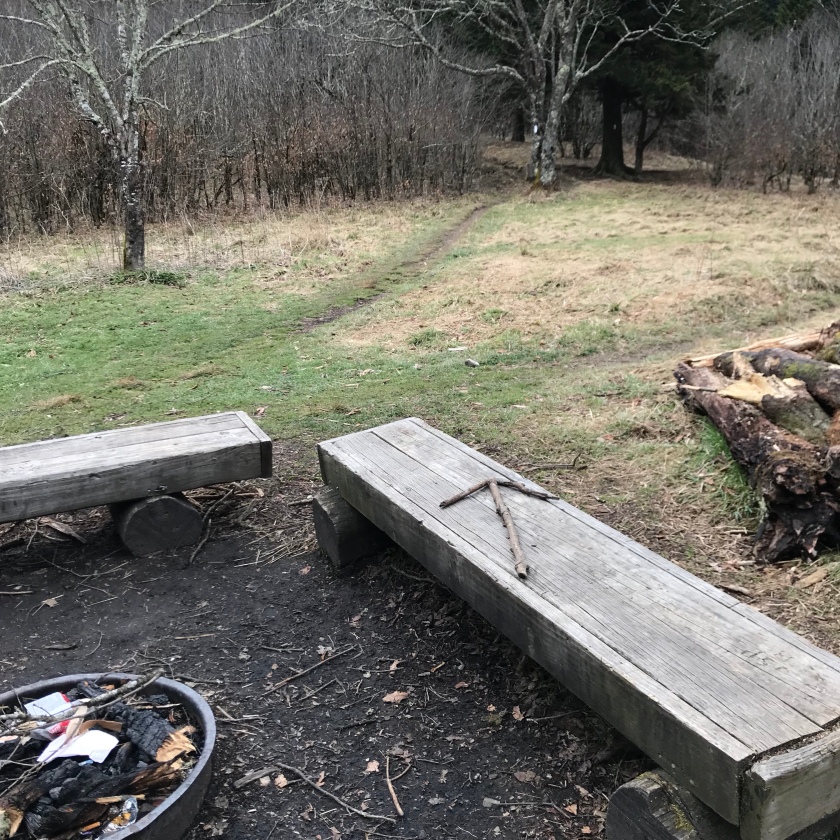 Rain threatened but mostly held off. The variety of the ferns, lichens, and mosses of the spruce-fir forest transfixed me. I thought, “Faeries of my childhood imagination live here!” However the fallen red spruce and Fraser fir trees – beautifully blanketed in various shades of green – demonstrated the tenuous ecology of this International Biosphere Reserve under threat from climate change, woolly adelgids, and air pollution.

We had the observation tower all to ourselves. The park road would not open until April 1st. Between December and March visitors must access the tower by hiking. 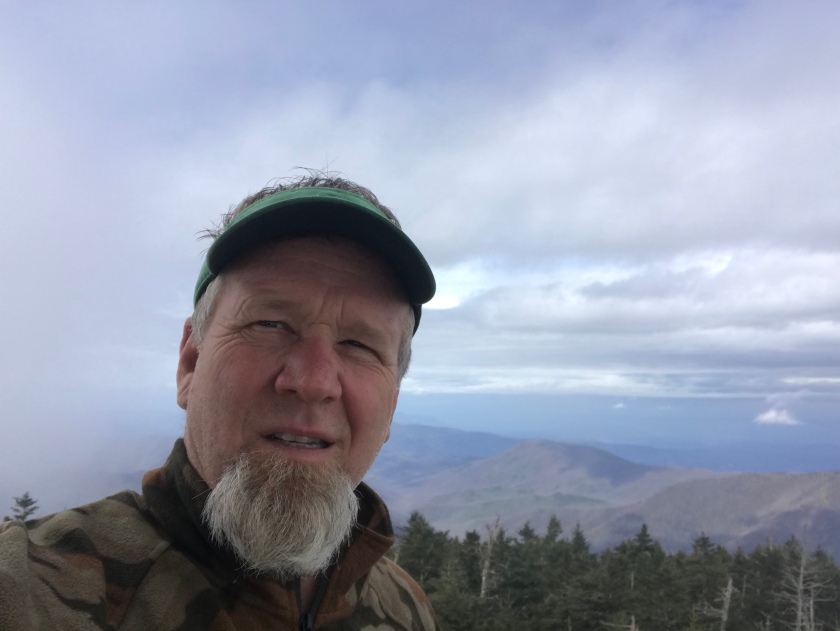 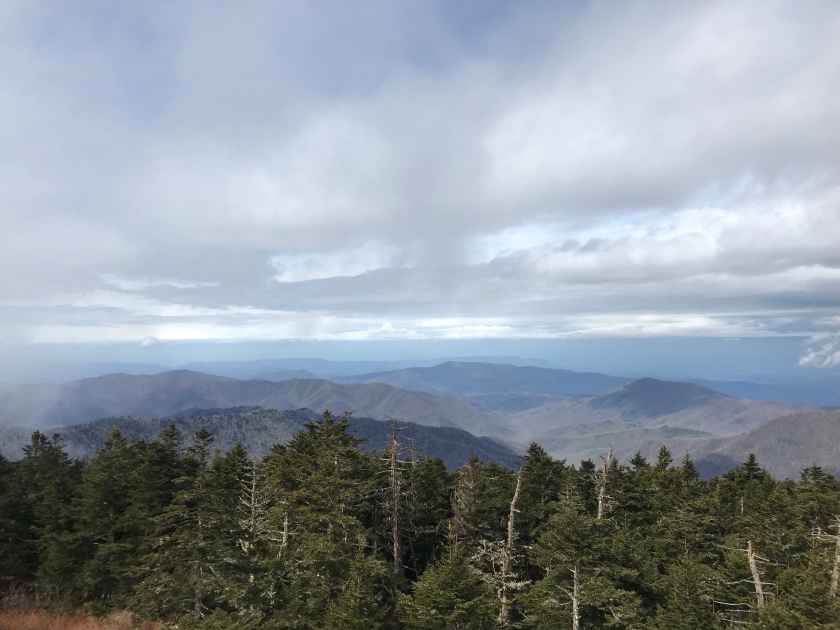 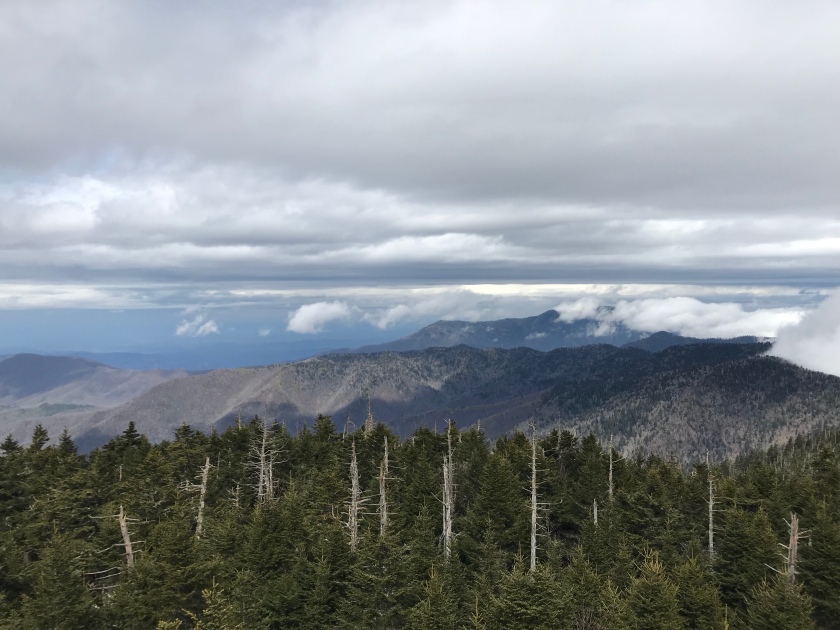 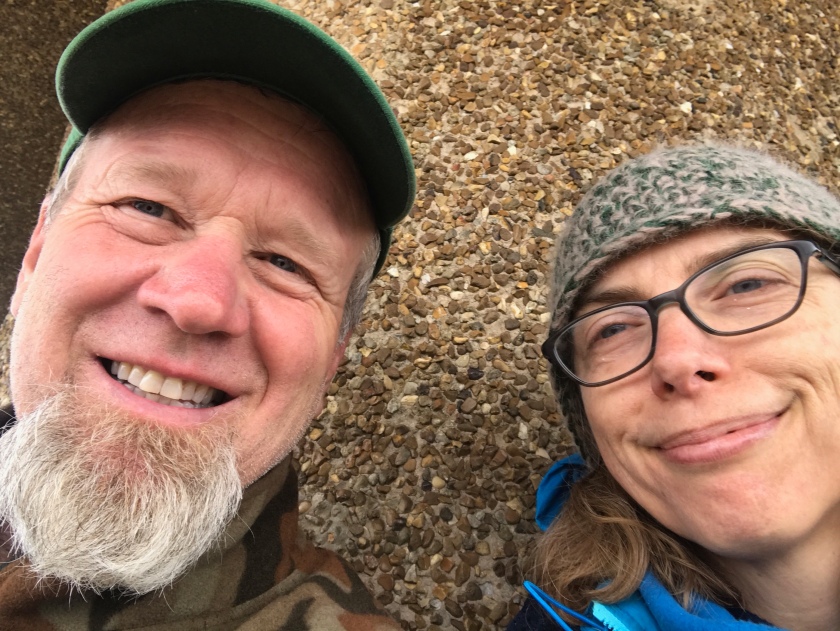 From Clingmans the trail trended downhill. My knees appreciated the short rises of Mt Collins and Mingus Ridge as the trail slanted toward Newfound Gap. We dropped 1,613′ of elevation in 7.6 miles.

At Newfound Gap the trail meets Highway 441 near Gatlinburg, TN. We waited a minute and four cars wizzed by – the fourth one stopped! Hitchhiking still works ~ at least along the Appalachian Trail. A grandfather on his way home to Sevierville took us right to a hotel in downtown Gatlinburg. During the fifteen minute drive, he told us about his family and mentioned he’d come from making his “donation to the Cherokee Nation” at the nearby casino earlier that day.

We left our gear at the hotel and walked across the street to feast on Italian food. This set up the perfect equation – full bellies, plus hot showers, plus comfy bed… equals lights out for K2 and Lost and Found.