We dallied a while drinking the tepid coffee because of the cold as well as the beauty.

We knew we had to push on -back to Appalachian Trail – via an 5.5 mile trail with an inviting name: The Boulevard.

Did we find a Boulevard? No, we traversed a narrow thread with wire guides bolted into cliff faces as handholds. We cut fresh tracks in snow over a foot deep and drifts past our knees. 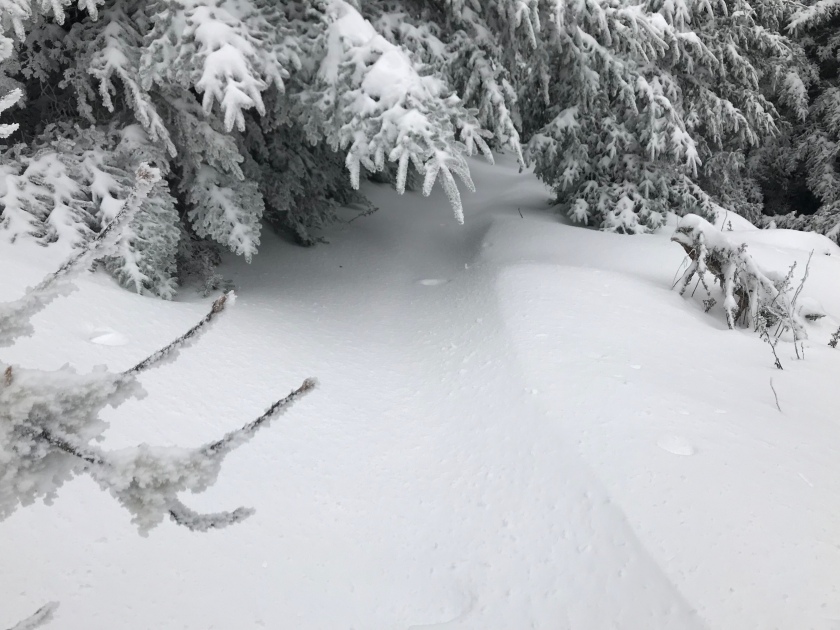 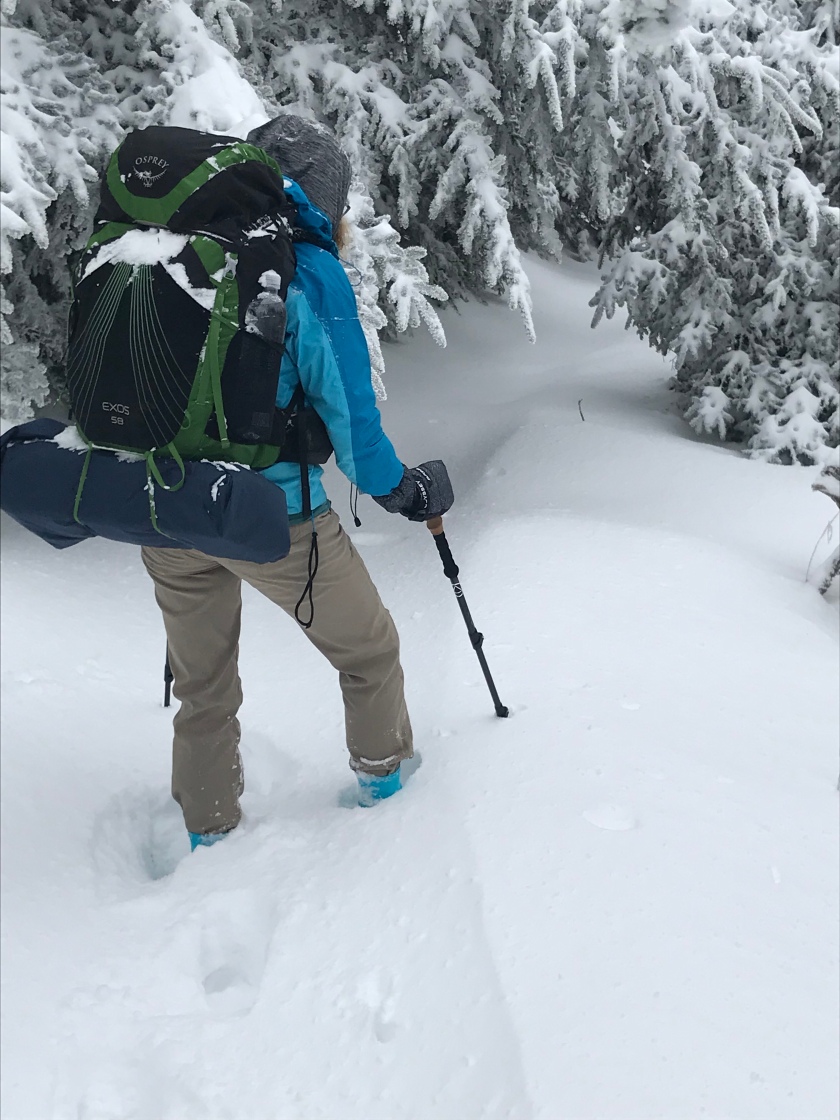 Gotta hike it all.

It won’t hike itself!

We left the lodge about 10am and arrived at Icewater Spring shelter on the AT at about 3pm. Even with the snow we made decent time considering we blazed trail for two or three miles. Then we met only one other hiker going the opposite way. After passing him we had his footprints to follow in the fresh snow.

As we made dinner a group of nine thru-hikers collected. This bunch connected earlier while hiking the trail as individuals and couples. The snowstorm stranded them in Gatlinburg. When Highway 441 re-opened, they rallied with a few shots at a pub, stopped by the liquor store for a fifth of Fireball cinnamon whiskey, and then journeyed the 3 miles from Newfound Gap to Icewater Spring shelter. Let’s say the first of this bunch to arrive hiked in while the last this bunch stumbled in.

The shelter buzzed with energy and joviality. Most of this boisterous group exploded their packs while toying with the idea of dinner. A couple of them tried to smoke cigarettes inside the shelter. One of them passed out in his damp hiking clothes not on his sleeping pad. Another smothered the small fire with huge wet logs, but only after falling down outside the shelter. Good times! 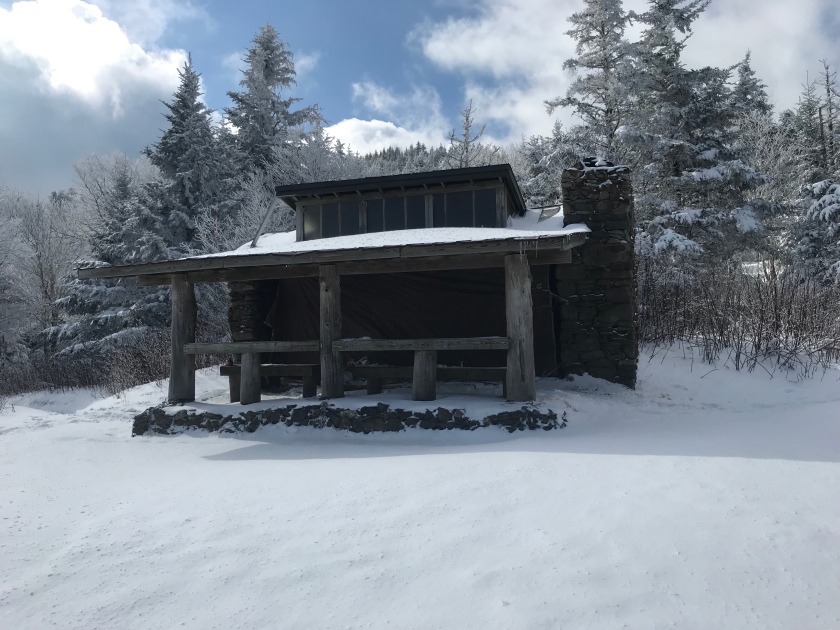 Wednesday I woke up before the alarm and tiptoed to peak out the curtains of our hotel. Yes! Snow was falling downtown – an inch already iced the cars.

Highway 441 was closed. Getting back on the Appalachian Trail at Newfound Gap would mean a long hike via pavement.

K2 and Lost and Found had other plans. The snow created vacancy at a popular and historic wilderness lodge atop Mount Le Conte. Jack Huff, the lodge founder, began building the lodge in 1926 before the Smoky Mountain Nation Park existed. After two subsequent changes in ownership the lodge still remains open to guests willing to hike up to stay there. Willing we were!

Stefan, another guest at our Gatlinburg hotel who approached us at breakfast the day of our zero to discuss hiking, brought us to the head of Rainbow Falls trail about 3.5 miles from downtown Gatlinburg. He helped us out tremendously. We also enjoyed talking with him about our hike and K2’s thru-hike. [Stephan, do it, man!]

We hiked 6.5 miles to LeConte Lodge via Rainbow Falls trail with snowfall the whole way as we gained 3,820 feet of elevation. That trail winds back and forth across a creek and by a 75′ waterfall (nearly 23m), the namesake of the trail.

For the last third of the trek we hiked with a ranger, Nick, who had 35 pounds of CPR gear in his backpack so that he could train the LeConte Lodge staff in CPR. He happily let us go ahead on the trail to make first tracks in the snow. Our boots sank nearly ankle deep as we marched up to the lodge.

At dinner one of the staff announced the temperature stood at 11F, the lodge had received 6 inches of snow so far, and snow continued.

After dinner we gathered in the lodge office sitting with other guests in rocking chairs, which circled a big gas stove.

After the CPR class, Ranger Nick joined us. He had the best stories. He told one from this past Valentine’s Day….

As Nick hiked on a less-used perimeter trail, he hadn’t seen anyone else. He was in the zone. Suddenly he rounded a bend in the trail and he saw another hiker wearing only a fanny pack and a smile. He insisted to Nick, “I’m not crazy. I’m not crazy.” And Nick figured the jury was still out on that one. He let the hiker have that back-to-nature experience, but the ranger did radio in the unusual incident. Apparently one is free hike in the buff in national parks as long as others are not offended.

Don’t ask me what kinda shoes he had on. I kept eye contact. I didn’t look down.